Why is everyone always squeezing her butt? 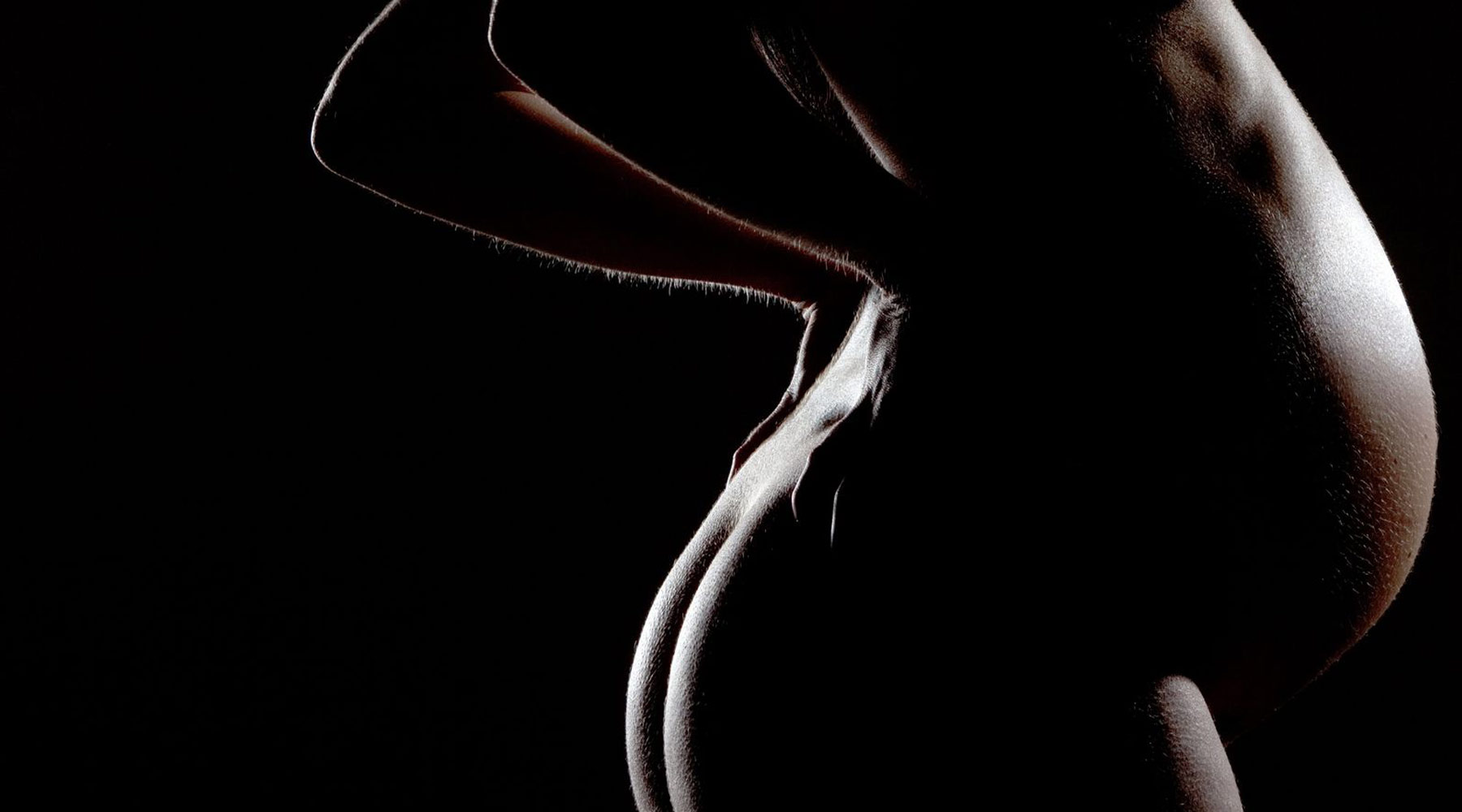 If you have been ten feet away from a birth book or have spent three minutes on the birth side of Pinterest, then you’ve become familiar with this image.

It’s taught in EVERY prenatal class that even mentions comfort positions in birth. But did you ever think about why?

What's with all the booty squeezin'? Why all the butt stuff?

Like, why can you relieve contraction pain THROUGH YOUR ASS?

BEHOLD! I shall tell you!

A contraction is just the uterus muscle flexing. The Uterus is a big old muscular organ. In fact, it has three layers of muscles.

The middle layer is smooth muscle. like most organs have.

The ones that are more pertinent to birth are the Inner layer, which has fibers that run around like rubber bands. Their job is to close the cervix and hold stuff INSIDE the uterus. High-five for keeping stuff in!

Then the Outer Layer has fibers that run up and over the Uterus. These fibers have the job of pull the cervix open. THESE are the ones that fire during a labor contraction. They let stuff OUT.

Here's what they look like on a pregnant uterus:

The one we focus on during labor is the Outer Layer, “Open-y” fibers. To get a sense of how it works, think of this layer of muscles like a bicep flexing.

But the uterus fibers don't run side to side, they run up and over. Like if we put that bicep on a curve.

When the uterus “contracts”, these fibers shorten, which thins it out on the edges (bicep) and thickens it on the top.

The uterus is doing the same thing when it contracts. Thick in the “middle” (the top) and thin on the “sides” (the bottom), which is what thins, opens and moves the cervix out of the way.

In early labor, this is mild. The contractions aren’t super strong, so there’s not a lot of visible action from the outside. In fact, during this part of labor, women typically only feel contractions low and in the front – like menstrual cramps.

But as labor progresses, and oxytocin builds up, the contractions get STRONGER. Now the middle of the muscles fibers are really thickening. Sometimes docs or midwives will feel the belly to assess how strong the contractions are.

And often, you can actually SEE the uterus change shape during contractions. The fundus (top) rears up, gets square shaped and impresses everyone in the room.

With this progression, the mother often feels the contractions not just in the front, but also in her back.

Why?
That uterus that’s pulling so strongly forward? It’s not just floating around in your body. It’s tethered like a hot-air balloon.

It’s held down by the Round ligaments in the front. (The ones that spasm if you move too quickly at 39 weeks).

And it’s also connected to the Sacrum by the Uterosacral ligament and and the Broad ligament.

So! When the contractions are strong enough to really PUUUULLL the uterus forward, its pulling away from those ligaments. And THAT’S why so much of labor pain is felt in the ass.

And THAT’S why so much pain relief can be given through the back door.

Now that you understand WHY birth hurts in the butt, you can plan for relieving that pain. Next week, I’ll show you the best ways to give those ligaments some room and some distraction!

Should Your Partner Coach Your Birth? (part 3)