So much NO. A hefty dose of realism. 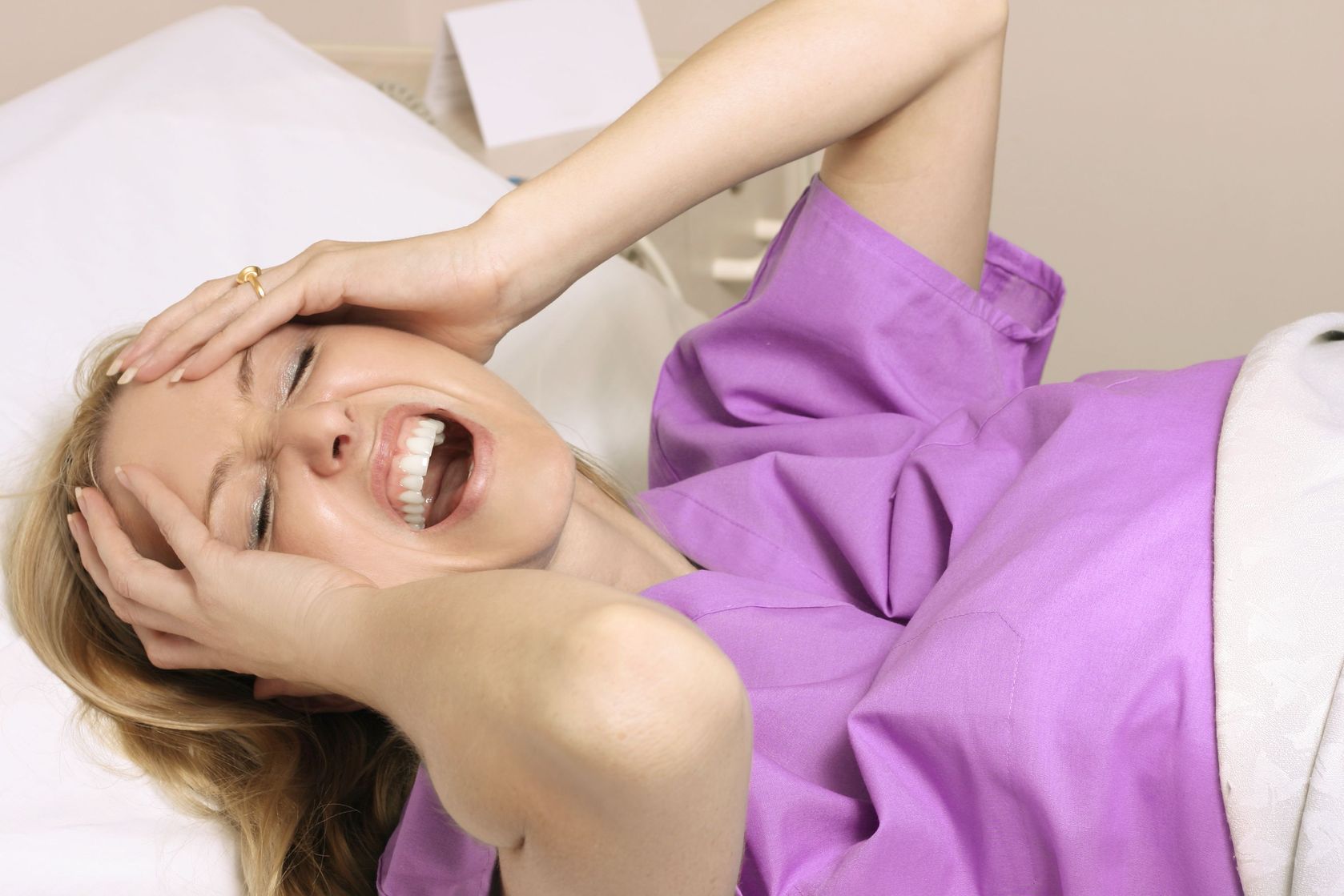 We don't know what birth looks like. We just don't.

The first night of my childbirth classes, I ask the couples if anyone has ever been present for a birth. It's rare that a single person among the 12 present will have been to a birth before. And even when they have, it was a few minutes at a sister's birth (or something similar).

So we do some work the first night of unpacking what the pictures and ideas floating around in their head ARE. (Then we unravel some of that damage over the next 6 weeks.)

And what I've observed in the past 8 years of teaching is that most people come in expecting the dramatic movie scene. They anticipate a huge gush of water breaking, then immediate painful contractions and a mad-dash to the hospital. Of course those things can happen, but they're not the norm.

This movie-scene perception is never more obvious to me than when I'm searching stock photos for a pretty picture for this website. Stock photos are 90% Bullpoopy pictures of birth.

So I thought, “Hey, let's make this a teachable moment.”  Below you will find $100 worth of crappy stock photos of what birth does NOT look like.

I was so entertained  curating these, especially as I realized some similarities among them. Enjoy!

Most women do not require a fainting couch.

“Please, someone find me my smelling salts.”

This pose is only acceptable if you are about to break into song.

Contractions. You're doing it wrong.

The contractions that change the cervix (like labor contractions!) aren't felt this high up. They're low in the belly.

You don't make cute heart-shapes with your hands when you feel them.

Most women HATE being on their backs in labor.

Of course it hurts, my friend. Being on your back usually makes contractions worse.

I have never seen anyone in this position in pregnancy or birth. Like, ever.

And if YOU were in this position during labor: pics or it didn't happen.

Even the models know. They're all trying not to laugh.

This would be equally accurate if they were selling it as a “headache pain” image. THAT'S how silly it is.

Snort. I'm also super curious why that nurse has her hand there. Weird.

They all know this is a ridiculous scenario.

(If a nurse has her hands on a belly like that, she's either 1] figuring out the baby's size or position, 2] adjusting the fetal heart rate monitor or 3] assessing how strong the contractions are. ALL of those would be impeded by a thick blanket. And only one of those is done during contractions instead of between them [3].  Unless she's adjusting the prosthetic belly. Fair enough.)

If your doctor is doing any of these things, back away slowly.

Mom's face says everything: “Bitch, you have no idea what you're doing. Use your Doppler or your Fetoscope to listen to my baby's heart rate. Is this the only prop you could afford?” (and heart tones are found low on the belly if baby is head down)

One of my favorite parts of bad movie births is when someone is looking between the mom's legs to tell her what to do. Aside from some bloody show that comes out through the whole labor, there's nothing to see until the very end of the pushing stage. AND WHAT'S WITH THE STETHOSCOPE?!

CREEEEEEPY. There is no point in pregnancy or labor when a doctor would have his hands on her belly like this,

unless she has asked him for a tickle-fight.

Also wrong. If he's actually determining anything about the baby's size or position, she would be lying down. And her arm on his shoulder. Can you imagine this physical exchange with your doctor? After their appointment, they went to lunch and cuddled on the couch for the afternoon. (ANOTHER STETHOSCOPE?!)

No one measures a pregnant belly like this, unless it's a game at a baby shower. And he's not wearing a party hat.

(I like the nurse who's ready for surgery in the back. Just in case.)

This woman is old enough to know that stethoscopes in the OB/GYN office aren't a thing.

Even if she is picking up heart tones with it, that baby is breech.

An Assortment of Silliness.

Did she pee? Did her water break? Did someone pour water down her pants? Rupture of Membranes (water bag breaking) CAN look like this, but more often it's a smaller amount. The big gush makes for good TV, but confuses real women if theirs doesn't follow suit.

When you've learned your coping from sitcoms.

A little accurate – this is where contractions are felt. The pee-stance is a nice touch. Maybe she's clutching her bladder?

This one isn't terrible. But it sets up inaccurate expectations for birth. If she's still able to sit politely on her bed and time her own contractions, there's no rush to get that bag ready. Maybe when she's draped over that ball, has lost all sense of time and hiding behind her sweaty tangled hair. THEN we might need that hospital bag.

Bonus: This is not what childbirth education looks like, either.

I don't know if I've ever seen a student smile as I describe the baby coming out.

Now that we've all had a little giggle, I hope you're motivated to find out what birth really IS like. So many women I work with feel validated when their instincts and coping in labor match an honest paradigm, rather than just conflict with this caricature we see around us.

If you've given birth before, what TV expectations were shattered? Or maybe you had a surprise that DID mimic media births. Tell us about them!

Should your partner coach your birth? (part 1)

4 ways to be ready for anything labor throws at you